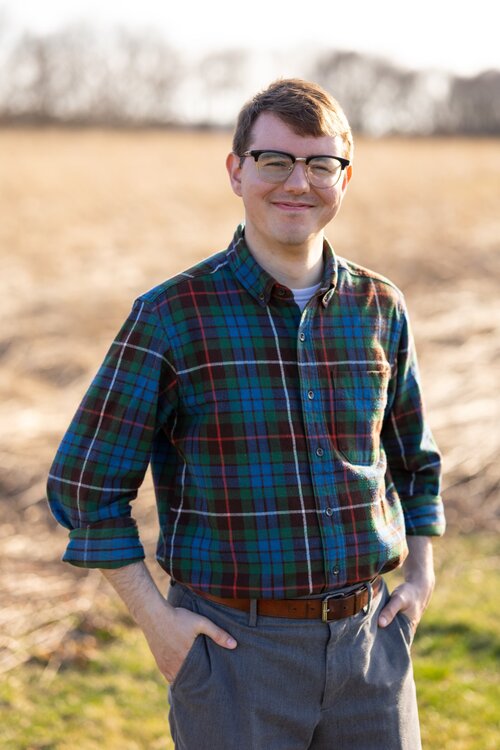 Andrew is currently a PhD student in the Department of Germanic Languages and Literatures. He earned his MA in German Literature from the University of Illinois in 2018. Between his MA and PhD studies he spent two years as a professional translator, translating subtitles for such shows as Tatort and Wilsberg and also transcribing and translating 19th century letters and documents for clients interested in genealogy.

He is interested in Early Modern culture in Western Europe, particularly in the German-speaking world. Andrew has done work with this topic by helping prepare the "Emblems and Empire" conference at the Newberry Library in September 2018. For this conference, he provided a transcription and translation of the Early New High German in Emblemata Politica by Georg Rem and wrote a few object descriptions for the conference's website.