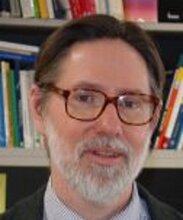 Professor Bruce Murray, Resident Director of the Illinois Program in Vienna, is a native of Minnesota, where German Protestantism, Irish working-class values, and the student movement of the 1960s influenced his early development. He earned two B.A.s (summa cum laude in German and English) from Luther College and an M.A. in German Studies from Middlebury College. He received his Ph.D. in German Studies from the University of Minnesota were he completed a dissertation on German film and politics in the Weimar Republic. While a student, Prof. Murray completed course work and research in Freiburg, Mainz, and in Berlin (East and West).

For the past fifteen years Prof. Murray has directed the Illinois Program in Vienna. There he teaches two courses each semester on German literature and culture, as well as on European integration. He advises AIEP participants in the German Language, College of Business, and Vienna Diplomatic components academically and personally. He also is the liaison between UIUC and its academic partners in Vienna. In addition, Prof. Murray serves as EU coordinator of the Good Governance Consortium (GGC), a partnership of eight EU and U.S. universities, including UIUC. The GGC offers an innovative curriculum for advanced undergraduate and graduate students interested in transatlantic collaboration in various aspects of political and economic governance. Most recently he initiated the Environmental Entrepreneurs program to encourage study abroad participants to minimize their carbon footprints.