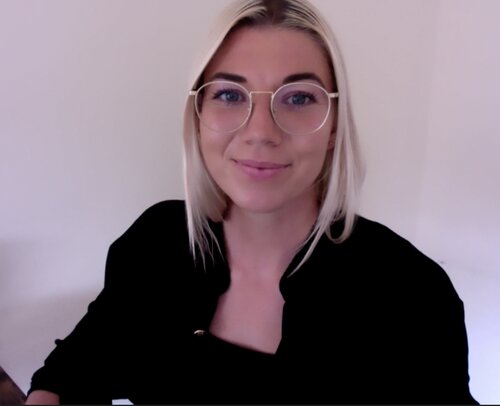 Laura is originally from Düsseldorf, Germany and came to Illinois in 2020 to pursue her Ph.D. in German Studies. She completed her bachelor’s program in Anglophone Studies and French Literature and Culture at the University of Duisburg-Essen (UDE) in Germany, and participated in an academic exchange program with Fort Hays State University in Hays, KS as part of her undergraduate studies. Later, Laura pursued her M.A. in Language Studies/TESL, with a focus on Foreign Language Pedagogy and SLA at Indiana State University (ISU) in Terre Haute, IN. At ISU, she was a Teaching Assistant, and later a part-time instructor for beginning German and ESL Writing Classes.

Coming from an interdisciplinary background, during her bachelor’s, Laura focused on the portrayal of the trauma and memory of 9/11 in fiction, and, during her master’s, on an analysis of the incorporation of pragmatic elements in German textbooks. She is currently especially interested in comparative studies of (and the discourse about) diversity and identity in contemporary Germany, France, and the United States.

Prior to joining the Germanic Languages and Literatures Department at Illinois, Laura spent four years in Germany, teaching German language classes for academic preparation at the Institut für Internationale Kommunikation in Düsseldorf, and English language classes at the UDE’s language institute in Duisburg and Essen.

Having participated in a variety of cultural exchange programs (academic and non-academic) starting with a high school exchange year in the U.S., and later teaching in multicultural classrooms, Laura has a strong interest in intercultural communication and understanding, and promoting German culture and the German-American friendship/relations through interactive events.

ESL 103 A - English as a Second Language

ESL 103 B - Writing English as a Second Language

English Language Courses, Levels B1 and B2 (corresponding to CEFR levels)